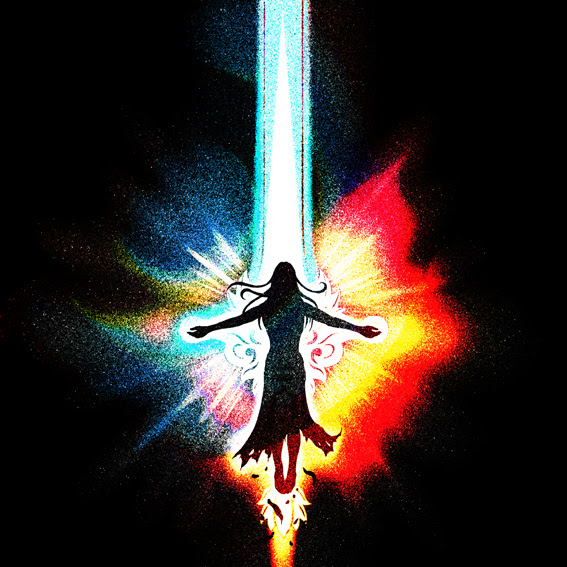 With the three mediums intertwined from conception, together they are an epic experience for those bold enough to bear witness and come away with a deeper understanding of the ultimate hero’s journey. Armed with a musical and visual aesthetic that has its roots unabashedly buried deep in the golden era of 70s and 80s fantasy and sci-fi, its followers are called to another plane of existence where the struggle between light and shadow become all too real.

Today, the band share the album’s lead track, “Depths of Power”. “Many are chosen, but only one has the ability to wield the power of the Magic Sword,” says The Keeper of the Magic Sword, one of the trio of Immortals who serve as both the live outfit as well as the champions of good in the ongoing comic book series. “As one search ends another begins. For this well of power has no bounds. It is infinite. Endless.”

Magic Sword is The Keeper of the Magic Sword (keyboards), The Seer of All Truths (guitar) and The Weaver of all Hearts and Souls (drums). The Chicago Reader described the unique comic book-meets-live performance as an entity that “take as much inspiration from John Carpenter as from Daft Punk to create a funky, metallic, ominous soundtrack to their own comics-inspired canon”. 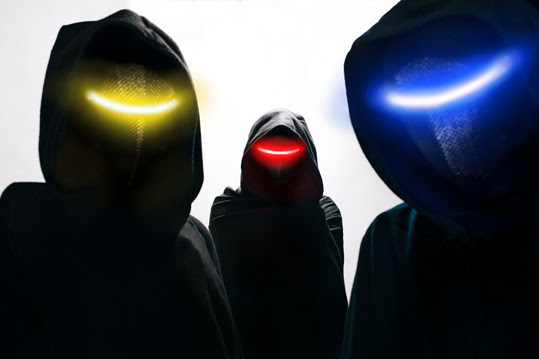 Pre-orders, which include “Empress Blue” vinyl and a copy of the accompanying comic book, can be found here: http://joyfulnoi.se/Endless.

The continuing adventures from Skye in her search for Shang continue here in Grimm Fairy Tales #48 from Zenescope Entertainment. Skye has rounded up nearly all the escapees from the Dark Book. Now, with the […]

Out now from Europe Comics digitally, this is the first volume of a new story – The Lost Ages. In the year 1000, the foretold apocalypse comes to pass, and humanity enters an age of […]