‘Missile to the Moon’ by Bluewater Comics.
Availabv on the Comixology App on the iPhone.
Let’s put it this way – I won’t be getting any more issues! This is a 4 part series in the form of an old school adventure – think ‘Return to the Forbiddon Planet’
The problem with this story is all about predictability – I’ve seen this all before! From the very first page you could tell what was going to happen, who was going to be involved and where they are going to end up.
I didn’t like the art at all, I found it dull and drab.
1 Star – Do yourself a favour and get something with imagination. 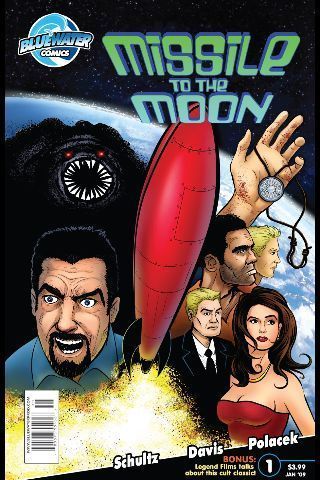