Just finished reading the first 24 pages in a preview of American Terror: Confession of a human smart bomb from Alterna Comics. This was a free preview of an 80 page comic.
It’s a good preview, giving you enough of a hook to get me interested to download the whole comic. There action, gore, intreague and suspense!
The art is gritty and the style is like watch Clint Eastwood as the man with no name!
I gave this preview 4 Stars and will be getting the full comic – when I’ve worked my way through all the others!! 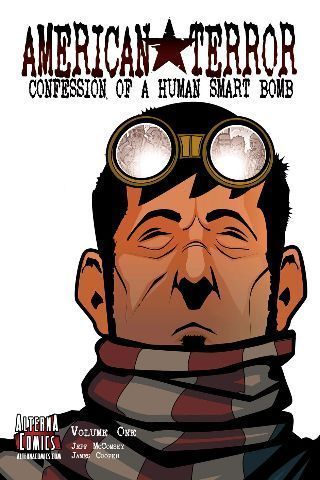