“The Gwaii is about a band of sasquatches living in a remote island in British Columbia. When Taanuuâ€™s mother is shot at and caught, Ã  la Bambiâ€™s mom by hunters, Taanuu decides that he will rescue his mother. Helping him on his quest is Jaada, a young female sasquatch. But time is running and the humans are not about to let two young Sasquatches ruin their logging plant. Will Taanuu save his mom before itâ€™s too late?”

This is a free 17 page preview available on Comixology’s iPhone app.
This is marketed to kids so I really am unsure how to rate or review this!
Although this seems to be a steady premis for a comic, I am unsure on how it would cope with all the other kids comics, with the likes of the Disney and Pixar/Boom comics as compitition!
The story is a little disjointed, and in places it doesn’t make too much sense! (don’t think)
I do really like the art though!
2 Stars 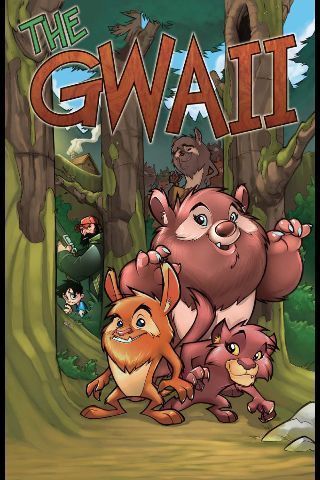