Transformers: Optimus Prime is available for free dowload in the UK.
This is a good thing as I would hate to pay for it.
Acting as a prequal to the first Transformers movie it concentrates on Optimus Prime as he prepares to launch the Allspark into space. This is to keep it out of Megatron’s clutches. As a free issue, this works as a teaser to a potential series. The art is ok, but there is a hell of a lot of internal monologging (see below).
I don’t think I’ll be paying or reading the rest of this series – my 11 year old son may do though!
If they want to reprint the old Marvel UK Transformers series though…. 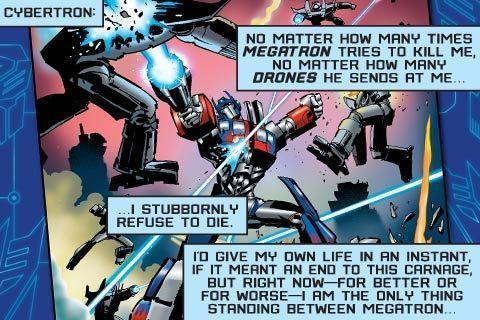