Peter Mandelson is rushing to force the Digital Economy Bill into law before the General Election.

The draconian law is opposed by industry experts, internet service providers (like TalkTalk and BT), web giants including Google, Yahoo and Ebay and even the British Library. Despite all this opposition, the Government is trying to rush it through quietly just before the election without proper debate â€“ without a chance for us to voice our opposition. Email your MP now and urge them to stop the government rushing this law through.

Thereâ€™s plenty to oppose in the Digital Economy Bill, it gives the government the ability to disconnect millions. Schools, libraries and businesses could see their connection cut if their pupils, readers of customers infringe any copyright. But one group likes it, the music industry. In a leaked memo a few days ago they admitted the only way to get the bill through would be to rush it through without a real parliamentary debate. Letâ€™s stop that happening.

Weâ€™ve teamed up with Open Rights Group to make it easy for you to write to your MP urging them to stop the Government rushing the bill through. Itâ€™ll take you less than 2 minutes. Just enter your postcode above (so we can find your MP) and click â€œparticipateâ€ to get started. 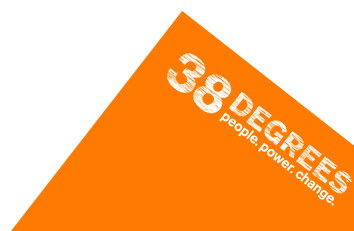