I’ve just downloaded the Marvel iPhone app. It’s a free app and has a number of free comics to download.
It is based on the comixology app model. And so far I don’t see the point in using it over comixology.
Maybe they might add some exclusive content – more to followâ€¦ 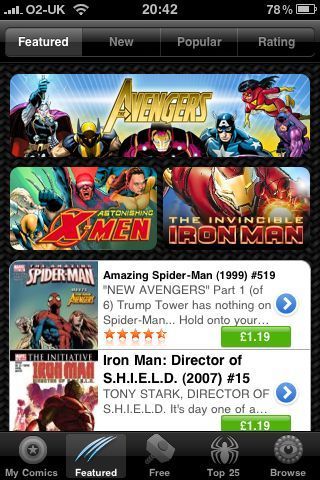