DC have announce and released their iPhone app. Produced by Comixology… 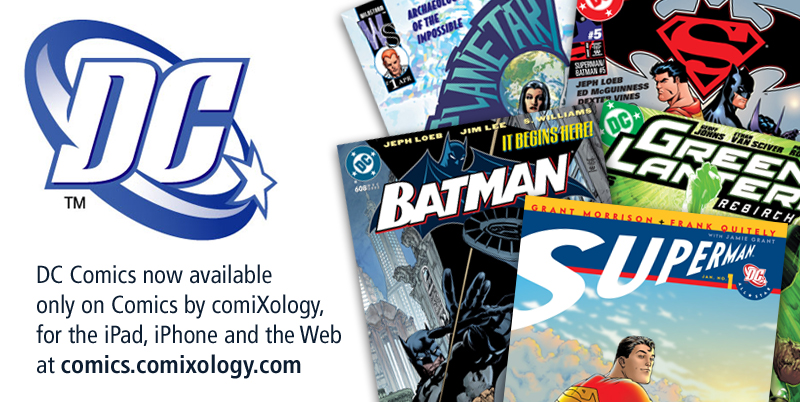 There is a good selection of comics here, ranging from the old to the new and up-to-date ‘JLA: Generation Lost’ – This is up to #4 Out today/tomorrow!

Bleeding Cool makes the point though:

Interestingly, despite including mature readers comics from the Vertigo line, the App only gets a 12+ rating with the following provisos;

??
I’ve got to admit, I’m mildly disappointed that DC didn’t go their own way. This seems a little lazy?

Rood: One thing I’d say is that this is step one of a journey. And it’s a great step, but there will be more steps. We’re continuing our retailer dialogue formally and informally, and we are continuing our partnerships on behalf of Warner Bros. Digital Distribution to add formats and vendor partners beyond those we’ve launched with. We’ll certainly be adding to the roster of our backlist and from the breadth of our traditional publishing offering – we’ll be offering original graphic novels and collected editions and magazines into what right now is a periodical-focused launch.