…or the full title – Audi Presents Iron Man 2: Fist of Iron
Tony Stark! Not only a man-whore, but an advertising whore too.
Not much to say about this free ‘fluff’ 13 page advert which has Tony driving and fighting in his new Audi! 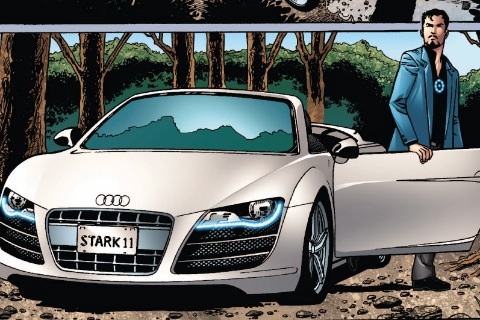 It is a nice car though!
Free on the Marvel comics app by Comixology