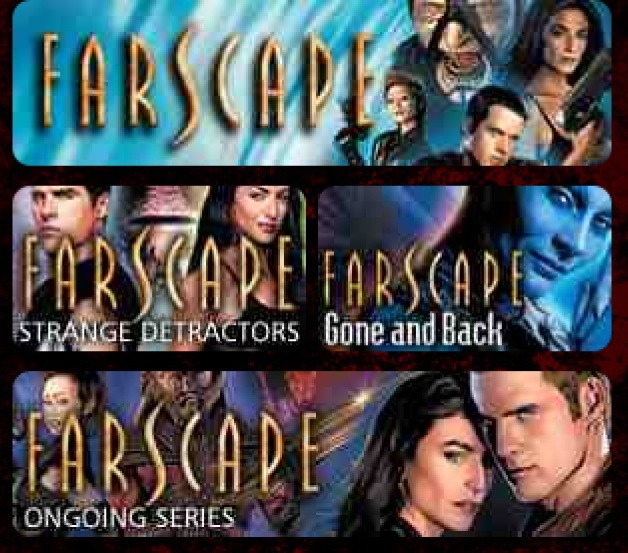 Boom! Studios, hot on the heels on their releases yesterday have released about 50 comics – all under the Farscape banner including ‘Strange Detractors’, ‘Gone and Back’ and the ongoing series.

Widely recognized as one of the greatest sci-fi series in television history, the multi-award-winning FARSCAPE made its comic book debut from BOOM! Studios in the winter of 2008. The FARSCAPE comic series have been written and architected by series creator Rockne S. Oâ€™Bannon, pleasing and delighting fans of the show, which left the air in 2004.

â€œThe FARSCAPE comic series contain some of BOOM! Studiosâ€™ all time bestselling comics.â€ According to BOOM! Studios Marketing Director Chip Mosher,Â  â€œFans have been clamoring to get these comics digitally, and weâ€™re happy to give in to those demands by offering the whole FARSCAPE comic book catalog exclusively through the BOOM! Studios Comics App with our friends at comiXology.â€

â€œWe take great pride evolving the BOOM! Studios Comics App, especially when we can work together with BOOM! to bring long awaited comics like the FARSCAPE series to users on the iOS and on any Mac or PC via comics.comixology.com,â€ said comiXology CEO David Steinberger. Â â€œWe look forward to continuing our relationship with BOOM! Studios for the enjoyment of all comic fans.â€

Debuting on the SCI-FI Channel in 1998, FARSCAPE follows the adventures of astronaut John Crichton, who has a freak accident during an experimental space mission that catapults him across a thousand galaxies to an alien battlefield. Suddenly, heâ€™s trapped among alien creatures wielding deadly technology â€“ a battle that 20th century sci-fi pop culture never prepared him for. Hunted by a merciless military race led by Scorpius, Crichton begins his quest for home from a distant galaxy.

A groundbreaking award-winning sci-fi production, FARSCAPE from The Jim Henson Company and [HALLMARK] has become a global favorite. Named by TV Guide as one of televisionâ€™s â€œBest Cult Shows Everâ€ and most recently named by EMPIRE Magazine as one of the â€œ50 Greatest TV Shows of All Time,â€ FARSCAPE is known for the overwhelming fan-based campaign that led to its miniseries production. The show has continued to find new audiences as it airs in syndication and is available on iTunes and DVD.