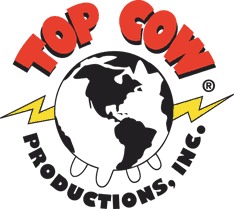 Top Cow have announced a print/digital team-up with WOWIO for their title Witchblade. Number #144 will be available with a digital code to download via WOWIO

â€œAn anniversary like this one was something that we wanted to throw the kitchen sink at,â€ exclaimed the Director of Sales and Marketing Freeman. â€œSo, not only have we put together a special anniversary issue with origin story, pinups and more, but we wanted to make sure that our digital readers also got a crack at it during the first 4 weeks.â€

â€œOur partners in comics retail make this and the previous 15 years of Witchblade possible. So, not only will they be the exclusive place to receive one of these download codes, but we are then going to give participating retailers a credit toward future Top Cow inventory for every download credited to them by the fan.â€

All fans need to do to receive their digital copy of Witchblade #144 on the same day as they purchase the physical copy is to log on to http://www.wowio.com with a code available exclusively at participating retailers. The digital version of Witchblade #144 will be available for sale from digital distribution sources one month later.