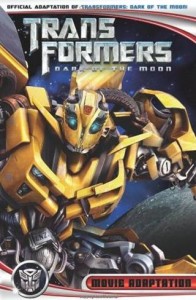 New York, NY 6/22/11 â€“ comiXology and IDW Publishing today announced a partnership to bring TRANSFORMERS comics to Android and the Web as the battle for Earth between AUTOBOTS and DECEPTICONS rages on.

â€œWorking with IDW, one of the largest and most esteemed comic publishers in the industry, to launch their entire TRANSFORMERS comic library on Android is truly an honor,â€ said David Steinberger, CEO of comiXology. â€œIDW has really elevated TRANSFORMERS comics to a fan-favorite that our community has been waiting for.â€

All of the TRANSFORMERS comics will be available on the comiXology Android and Web platforms starting Thursday, July 23rd and will range in price from $.99 to $1.99. All purchases on the Android or Web will sync across all devices and platforms supported by comiXology.

â€œItâ€™s been very important to IDW to offer our TRANSFORMERS line to digital comics fans everywhere,â€ stated Jeff Webber, IDWâ€™s Director of ePublishing. â€œWeâ€™ve always been impressed with comiXologyâ€™s strength in offering comics across multiple platforms, including Android and the Web. David and his team have put together an awesome offering. And just wait till you see how we kick it off when the doors open Thursday! I think weâ€™re going to make a lot of TRANSFORMERS fans happy this week.â€

Todayâ€™s announcement comes just days after comiXology exceeded the one million mark of comic book downloads on the Android platform.

The TRANSFORMERS digital comics collection features all the currently available TRANSFORMERS: DARK OF THE MOON movie-related comics, plus previous movie-related series, cartoon tie-ins, IDWâ€™s own ongoing TRANFORMERS series and related titles, and even old classics from the 80s, including: 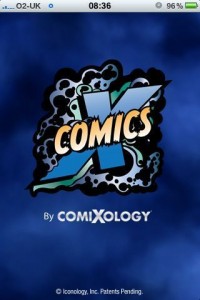 About comiXology
Since 2007 comiXology has been developing the technological infrastructure to bring comics into the digital mainstream and expose new audiences to the rich history and culture of the industry. Through partnerships with top comic book publishers including Marvel Comics, DC Comics, IDW Publishing, Archaia Entertainment, BOOM! Studios, Dynamite Entertainment and Image Comics as well as their own mobile and web apps which hosts over 9,500 digital titles, comiXology has become a leader in digital comic book proliferation. Also focused on creating strong ties with retail stores through its technology solutions, comiXology continues to transform the previously fragmented comic ecosystem into a vibrant and cohesive marketplace.

About IDW Publishing
IDW is an award-winning publisher of comic books, graphic novels and trade paperbacks, based in San Diego, California. Renowned for its diverse catalog of licensed and independent titles, IDW publishes some of the most successful and popular titles in the industry, including: Hasbroâ€™s TRANSFORMERS andÂ G.I. JOE, Paramountâ€™sÂ Star Trek; HBOâ€™sÂ True Blood; the BBCâ€™sÂ DOCTOR WHO; Tohoâ€™sÂ Godzilla; and comics and trade collections based on novels by worldwide bestselling author, James Patterson. IDW is also home to the Library of American Comics imprint, which publishes classic comic reprints; Yoe! Books, a partnership with Yoe! Studio; and is the print publisher for EA Comics.

IDWâ€™s original horror series,Â 30 Days of Night, was launched as a major motion picture in October 2007 by Sony Pictures and was the #1 film in its first week of release. More information about the company can be found atÂ IDWPublishing.com.