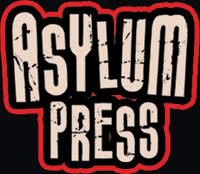 â€œWe pride ourselves in having quality independent comics in our Comics+ appâ€, said Steve May, Director of Business Development at iVerse Media, LLC. â€œAsylum has some really cool titles and weâ€™re excited to be able to offer them to our ever growing number of Comics+ users.â€

The initial list of books released today in the Comics+ app include:

Founded in 1999 by Frank Forte, Asylum Press is a unique publishing house specializing in high profile projects from some of the industryâ€™s biggest names. Publishing superhero comics with Warlash: Zombie Mutant Genesis, continuing their tradition of horror with Undead Evil, Satanâ€™s 3-Ring Circus of Hell, Asylum of Horrors, Zombie Terrors, EEEK! and Beyond Lovecraft, venturing into dark humor with Billy Boy The Sick Little Fat Kid and The Cletus and Floyd Show, Asylum Press continues to be on the cutting edge of comic and graphic novel publishing. Asylum Press is distributed by Diamond Comics Distributors, Haven Distributors, Tony Shenton, SCB Distributors, Ingram and Baker&Taylor.

iVerse Media is a digital content distributor focused on the world of comics and popular culture. Founded in 2008, the company was one of the first to launch digital comics on Appleâ€™s iOS platform. As of June 2011 almost 5 Million products in the iOS App Store have been downloaded that are powered by iVerse, making the â€œiVerse Engineâ€ one of the most popular and widely used platforms for reading digital comics. The company is principally located in Waco, TX.