Comixology have tweeted that they are now the number one app for iPad! 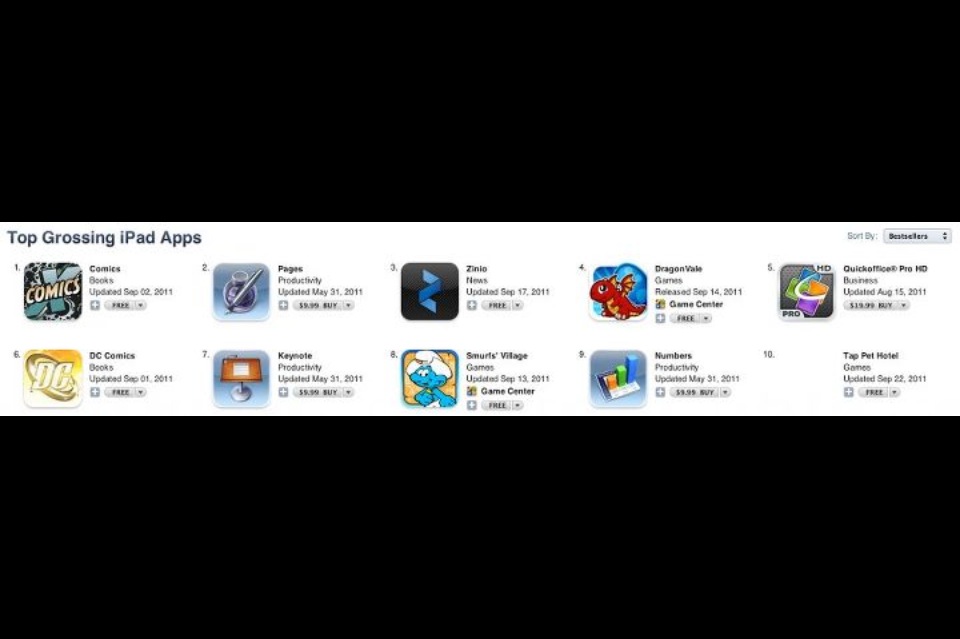 And you can see that DC Comics is at number 6 too!