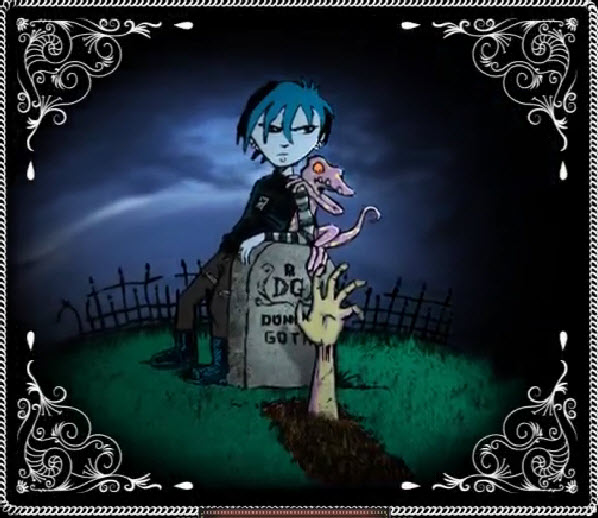 Ricardo Porven claims that his webcomic Donnie Goth is the first comic ever to be distributed entirely as a Facebook app, with no outside website and no other way to view it. In his press release, Porven says:

â€œFacebookhad all the tools I needed to run a successful webcomic. And the viral capabilities to position it for rapid growth. It was the perfect fit.â€

That may be, but putting all your eggs in the Facebook basket seems to limit the potential audience somewhat. Aside from that handful of folks who arenâ€™t on Facebook, many users (myself included) shy away from apps because they require you to turn over personal information. When I clicked on the Donnie Goth app, Facebook requested permission to share my â€œbasic information,â€ which includes my name, gender, user ID, list of friends and â€œany other information Iâ€™ve shared with everyone.â€ Admittedly, all of that is already out there on my Facebook page, but the idea of handing it over in a neat package to an outside entity give me a nervous feeling in the pit of my stomach. On the other hand, if I could simply click over to the page, Iâ€™d do it â€” and maybe even â€œlikeâ€ it.

It may be, though, that Porven is calculating that the intensity of the experience for those who do use apps outweighs the loss of Facebook-shy readers like me. He has already used MySpace to boost traffic to his original site, so he has every reason to be optimistic that Donnie Goth will go viral on Facebook.