And this is how you get Marvel & DC on one tablet….. 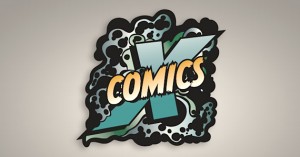 Â November 8th, 2011 â€“ New York, NYÂ â€” ComiXology, the leading distributor of digital comics, is proud to announce the launch of their Comics by comiXology App for Kindle Fire and the Amazon Appstore for Android. Debuting as one of the free apps on Amazonâ€™s Kindle Fire, comiXologyâ€™s Comics App will deliver to Amazonâ€™s Kindle Fire users the best-of-class digital comic book reader, store and retail locator. ComiXology has thousands of comic books from the top-selling publishers, offering a wide array of comic books for readers of all types.

â€œComics have arrived!â€ said David Steinberger, CEO and co-founder of comiXology. â€œTodayâ€™s news opens up a whole new audience to the world of comic books. Weâ€™ve worked long and hard to become the leader in the field of digital comics and this opportunity enables us to turn a whole new generation of people into comic book fansâ€¦and we canâ€™t wait to do just that!â€

â€œLaunching with a $199 price point makes Amazonâ€™s Kindle Fire a great device for making comics accessible to the masses and the vibrant 7â€ screen is perfect for our Guided Viewâ„¢ reading system,â€ said CTO and co-Founder John Roberts.

Comixologyâ€™s most recent milestone was being able to offer almost 50% of all new comics released the same-day-as-print, signaling a sea change in the comic book publishing landscape and making Comics by comiXology the destination app for all consumers wanted to reader the latest and greatest comic book in digital format.

About comiXology
Since 2007 comiXology has been developing the technological infrastructure to bring comics into the digital mainstream and expose new audiences to the rich history and culture of the industry. Through partnerships with top comic book publishers including Marvel Comics, DC Comics, IDW Publishing, Archaia Entertainment, BOOM! Studios, Dynamite Entertainment and Image Comics as well as their own mobile and web apps which host over 14,000 digital titles, comiXology has become a leader in digital comic book proliferation. Also focused on creating strong ties with retail stores through its technology solutions, comiXology continues to transform the previously fragmented comic ecosystem into a vibrant and cohesive marketplace.