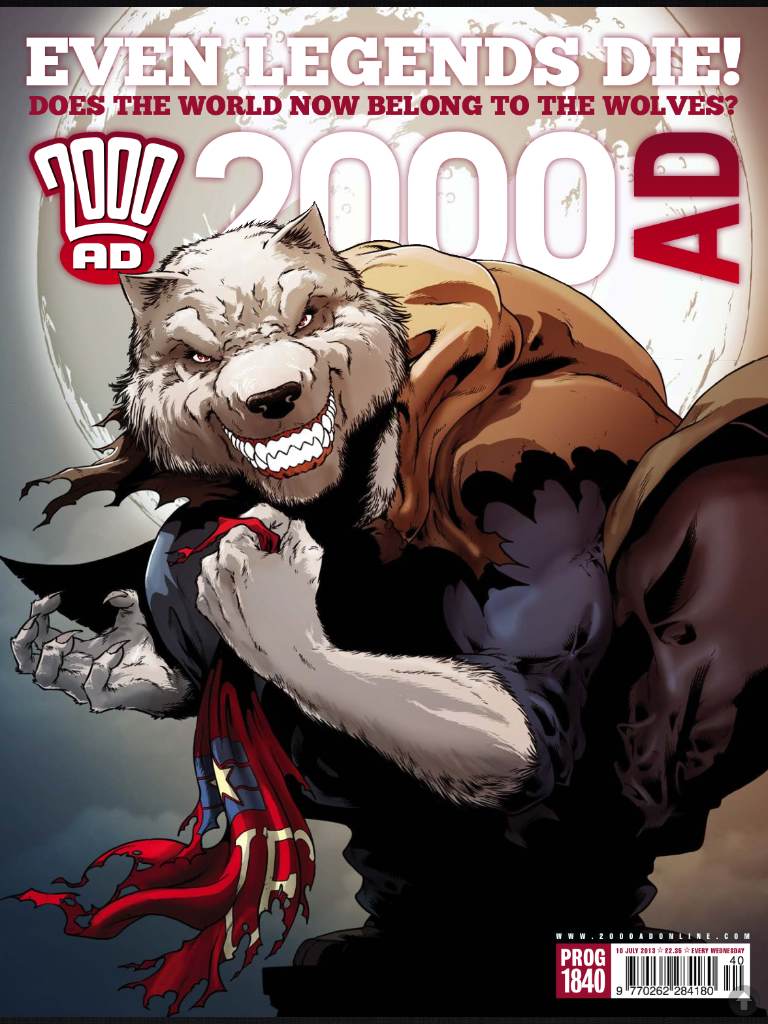 Part four of the procedural Judge Dredd: Wastelands has Dredd catching up with the perps and their killers! It’s a pretty simple Dredd story, which adds to the whole feel of Mega City One after Chaos day! Although this is a ‘normal’ enough story, it’s hard to get excited about it after the excellent Dredd stories we’ve had over the last year!

In Defoe: The Damned part five we get a quick turn around after last weeks cliffhanger and things move on – The team get a plan and a way forward instead of waiting for a rescue that may never come – hopefully this is a sign that this story is really going to kick off, as it’s been of a slow pace up until now!

Sinister Dexter Witless Protection In Plain Shite part five (I hate long titles!) continues to be an enjoyable ride. This give a close up look at a gun battle from Finny’s point of view! The whole episode pretty much takes up the amount of time it takes to scream! Next stop – across Generica!

Age of the Wolf returns with the third volume – Wolfworld. It is mainly from the Wolf point of view, with a battle and some wolf politics! It’s a nice start with significant peril and a bit of violence! The art remains crisp and clear and nice to read – I’m looking forward to seeing where this goes!

Finally Part two of The Ten-Seconders gives a nice ‘out of the frying pan’ feel to it. I’m desperate for more details to be revealed as a slow burn may put people off. The pure size is massive and sown well in the art side. It’s well written and we get an idea of just how dangerous things can be – plus a nice bit of grim humor at the end!