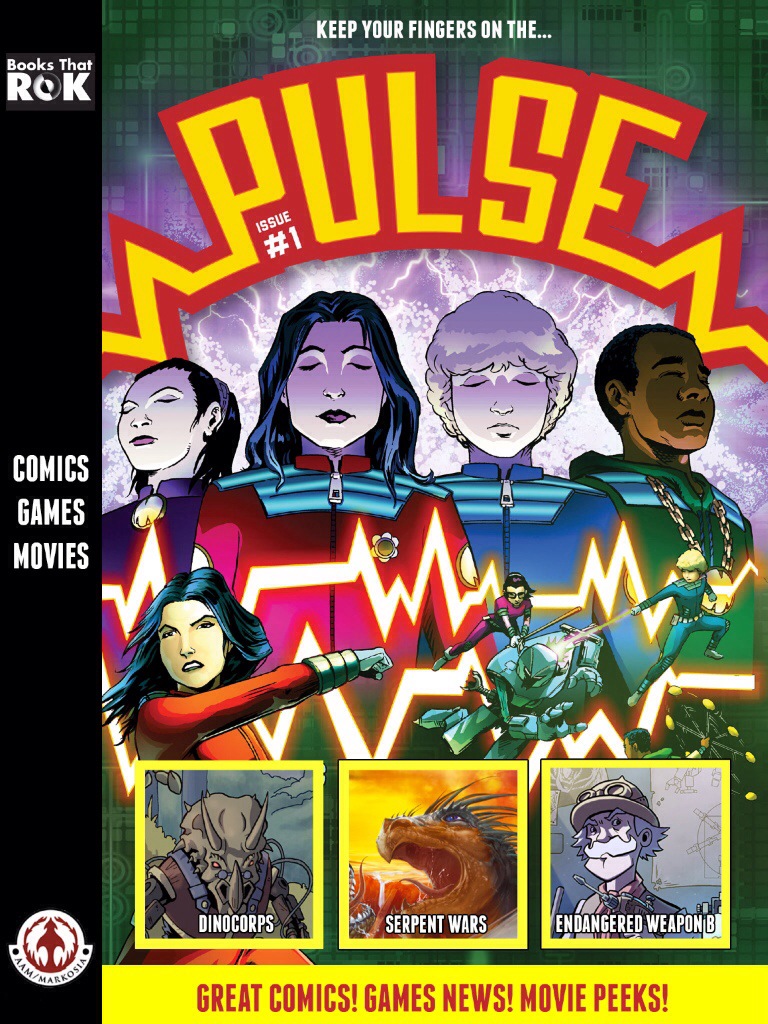 Rok Comics and Markosia have combined nicely to bring to the iPad an excellent action and adventure anthology comic.
Combined with the link, and movies that digital comics allow we get an excellent variety of reads which are sometimes missing in the comics landscape. 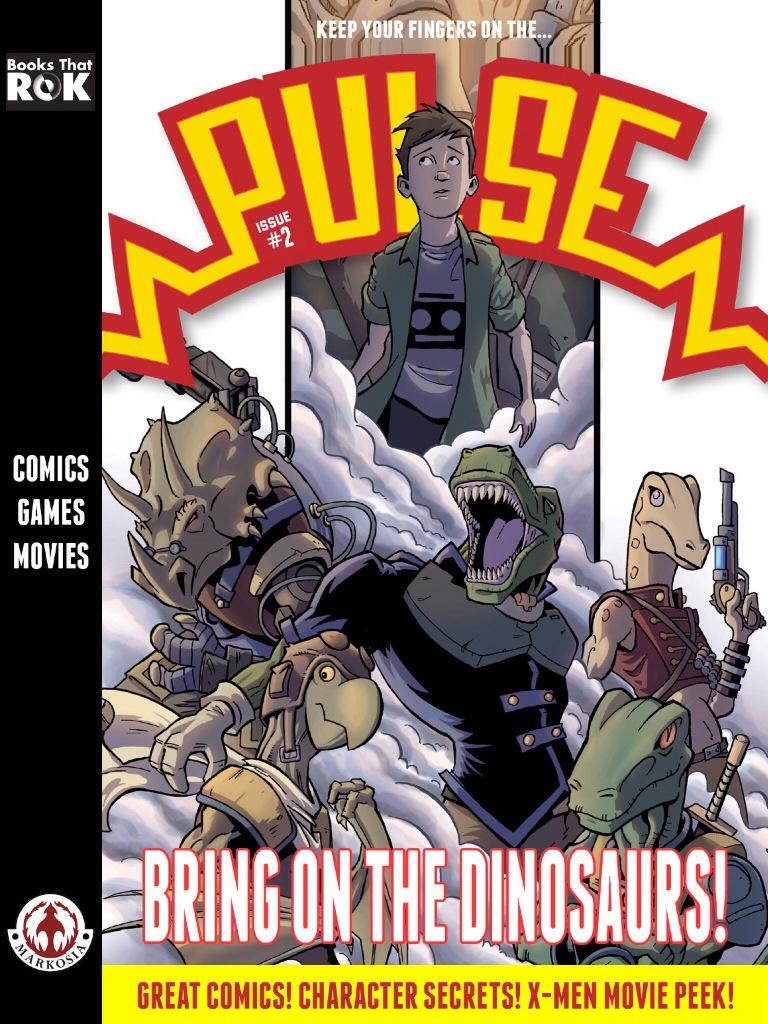 Starting off is Rok Comics flagship title – Team M.O.B.I.L.E which stars younger heroes and a nice degree of action. As a starter we get some good information on the heroes, a beginning of an origin of sorts and some glimpses into the history and villain of the series.

Dinocorps follows with the first issue giving us a look into our (human) protagonist and what he personally is up against, while issue 2 gives us a look at the Dincorps themselves.

Serpent Wars seems to start slower over these first two issues, but there is a lot of mystery here, and I really like the idea of the premise and time it is set in – not something you would really expect!

Finally Endangered Weapon B is a lot more screwy with some nice touches and the art style really suits it.

The art in all the series is consistently excellent, making it an easy read for young and old alike.
The short hits of story work well also, taking some of the heaviness away that you may get from other anthology titles.
While the brief synopsis at the beginning of each story allow you to catch on quickly!
Between the stories we get fact files, and report on the latest happenings within TV and movies. Making this a well rounded read.

Issues 1 and 2 are available now, and are worth picking up!