The 2000AD series is out now in print and digitally! 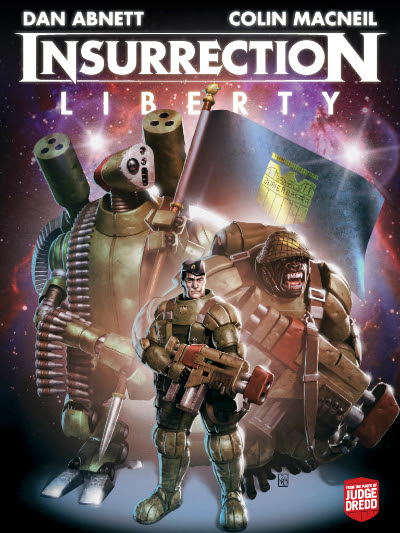 UK ONLY: 12 Mar £13.99
Mega-City colonial space, 2135AD. Mining colony K Alpha 61 renamed itself Liberty after cutting loose from the Big Meg. Furious at this dissent, and in a bid to stop the revolt spreading to other colonies, the SJS launched a blistering attack on Colonial Marshal Kerel Luther’s forces. Now the alien Zhind have been defeated, and the SJS are turning on the insurrectionists…

Out this week from Image Comics is the next chapter to this excellent series, this is The Magic Order Vol.2 #1. A magical turf war like you’ve never seen before! The London chapter of the […]

From IDW Publishing this alternate universe series continues – this is Transformers: Shattered Glass #3. In issue #2, Megatron is the only bot who can stop the three Autobot warlords from acquiring information that could […]

Out now digitally from Panel Syndicate is issue four of Friday. Pay what you want for this digital comic. In the tragic aftermath of the last chapter, how will Friday go on…? You just have to […]