Trapped in an Extraversal graveyard with a terrifying monster and a mysterious artefect, the crew of the Reflektor undertake a dangerous gambit; Elsie finds herself caught between a rock and a hard place as Tyler Goldensheath tangles with the deadly Handtaker; in the aftermath of the battle that claimed the life of a Paragon, a young girl journeys deep inside the mind of the Orb; and Cyanne goes on a recruitment drive as she seeks a Yellow Catcher to join her crew… 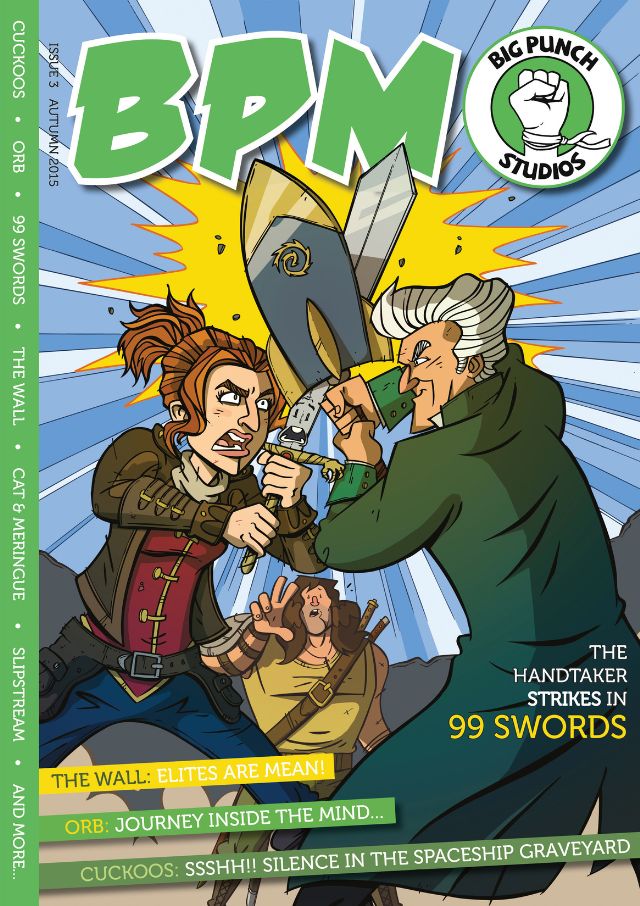 Kicking off this issue we have Cuckoos and things are not looking good for the team with an attack from extra-dimensional beings. There’s learning and action in this issue!
Orb gives us a look at the aftermath of the angels and gods. We get a look at those higher up, but we are rapidly brought back down to earth with the injured child and her link to the Orb.
99 Swords gives us a great battle scene with Tyler Golden sheath fighting someone looking to take the swords for the company – The Handtaker! It’s a really fun read that remind me of some of the old cartoon series I used to watch!
Cat & Meringue gives us a start to a bit of an ongoing for this one page comic.
The Wall gives us a better idea of the world, the people and the systems that they live in. There’s some recruiting here and what looks like the beginning of a rivalry.

The latest issue of Teenage Mutant Ninja Turtles is out this week from IDW Publishing. Here are my thoughts. It’s the battle of the bands… of the century! As Jennika decides whether she weighs harmony […]

It’s the 21st April and here is this weeks digital comics round-up. Here is what is available this #NCBD Unless otherwise linked, all comics shown here can be found on Amazon/ComiXology. If you buy on Amazon, you […]

Out now from Panel Syndicate is the second issue of Paranoia Killer on a pay-what-you-want basis. She is the reckless FBI Agent Nathalie Laertes. Her twin brother is the international hitman known as Delon Sombre. […]