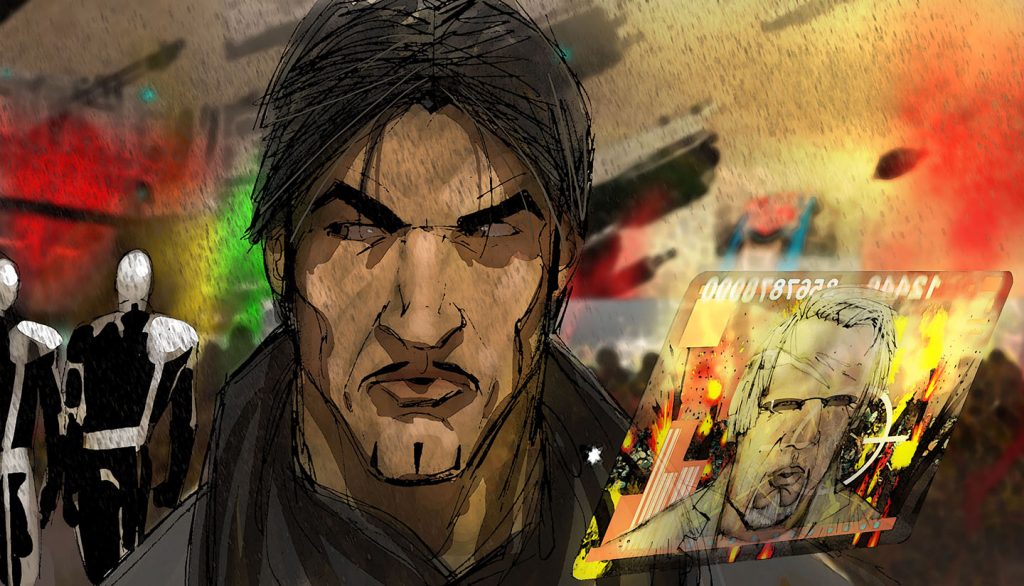 Things rapidly kick off as although the squad look like they have dealt with the problem on their route to earth, they rapidly get moved sideways to deal with a problem on the moon. We get a better look at the Triumvirate as they make their plans and try to get control over what they have in place.
Kicking off with the journal, we get a better idea of the poor form the earth is in – things do look bleak indeed and this is all bubbling under the surface. Meanwhile the battle hungry masses are lapping it all up.

This story is really going into high gear as we really get into the story and what is at stake. The art continues to be incredible – gritty and finely detailed there are some excellent transitions – especially with the disguise – this continues to be an excellent series!