Some thoughts on The Vigilant – out now – featuring stories including The Vigilant, Yao, Death Wish and Steel Commando from 2000 AD 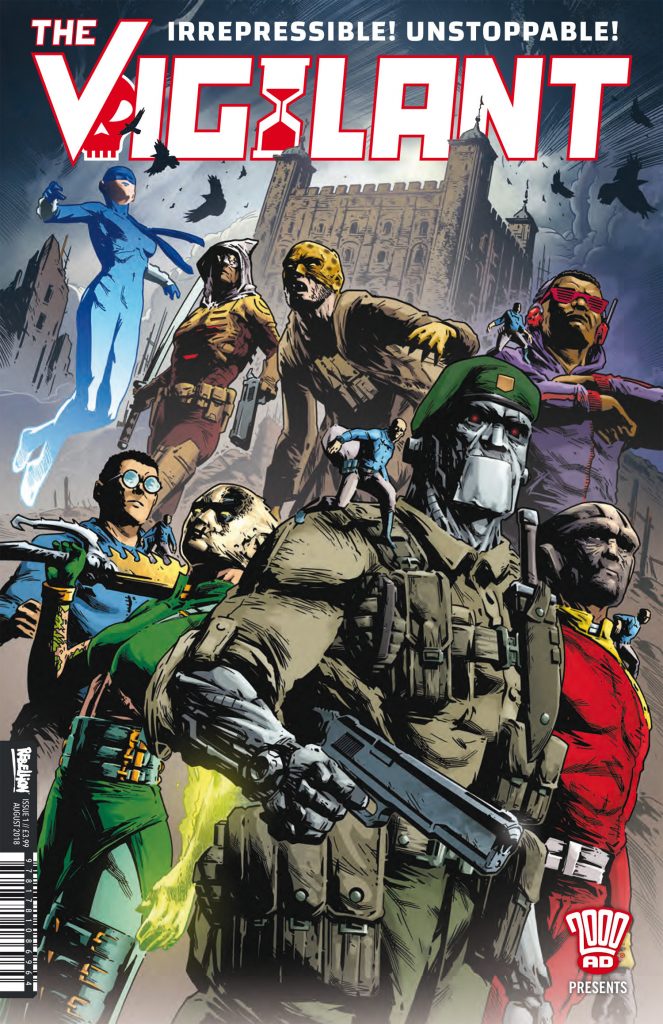 We get a nice kickoff in the beginning telling us who stars in this issue of The Vigilant – including bios. They include:

The title story lives up to the billing well, each character gets time to shine, and we get a look at the big bad threat of the series. I like the way the characters are introduced and each one gets their own voice. There is really a lot thrown in here. Science, magic, extra dimensions, aliens, Nazis and a whole of action thrown in! There are some characters i like more than others, bu the chemistry of the team work really well…

Yao nicely continues on from the main story. It gives us a bit of history and looks at a way forward for the stories. I like the reversal of her power – a very clever twist. The tease for her and the reader is well done too!

Throwing Blake into an alternative world is very clever. We get a look at the man, behind the mask and what he’s like by himself. The short origin is well told – it’s not a difficult one, so  doesn’t need much. I like the idea of his thrill seeking, and the look in the mirror for him is well done!

Steel Commando is an interesting one, the idea of this robot being under the control of the private is interesting. I find the time after the war more interesting – kind of a PTSD, and the only thing they could do is deactivate him. A clever read and it brings us full circle to the main story!

Available in print from: book stores, Amazon, and comic book stores via Diamond