‘Get Castle’ is the latest in the Punisher Max series that follows in the footsteps of Garth Ennis’s epic run on the character.
In this one shot Punisher gets the British treatment in being written by Cla$$war’s Rob Williams and art by fellow Brit Laurence Campbell. In the story Frank goes to deepest Wales to take on some rogue SAS.
Although the story is a by-the-numbers story. The setting and style work so well that I would be happy to see a return by Williams 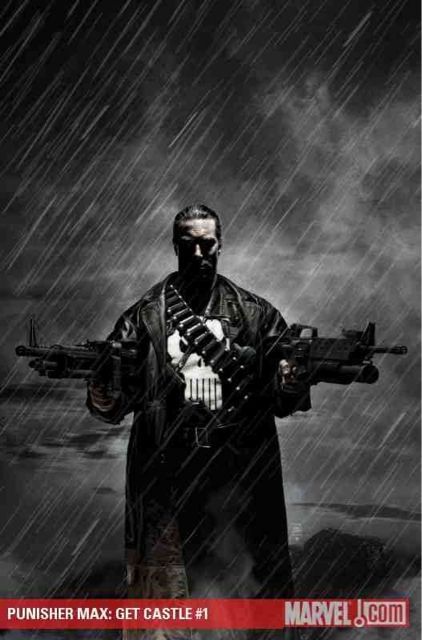