Following last months ‘Free Comic Book Day’ I wondered how soon it would be until we saw them on the mobile platform.
Well Red 5 have released the FCBD 2010 issue of Atomic Robo on the Comixology app
This is only a short ‘taster’ but a fun story. 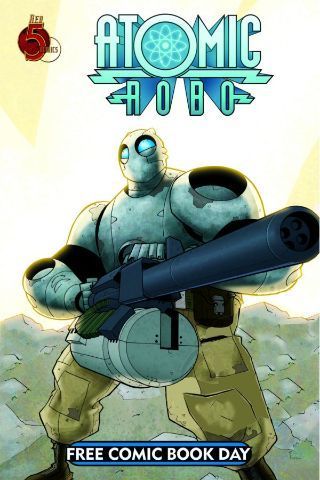