It looks like comics are getting another push on the app store again. 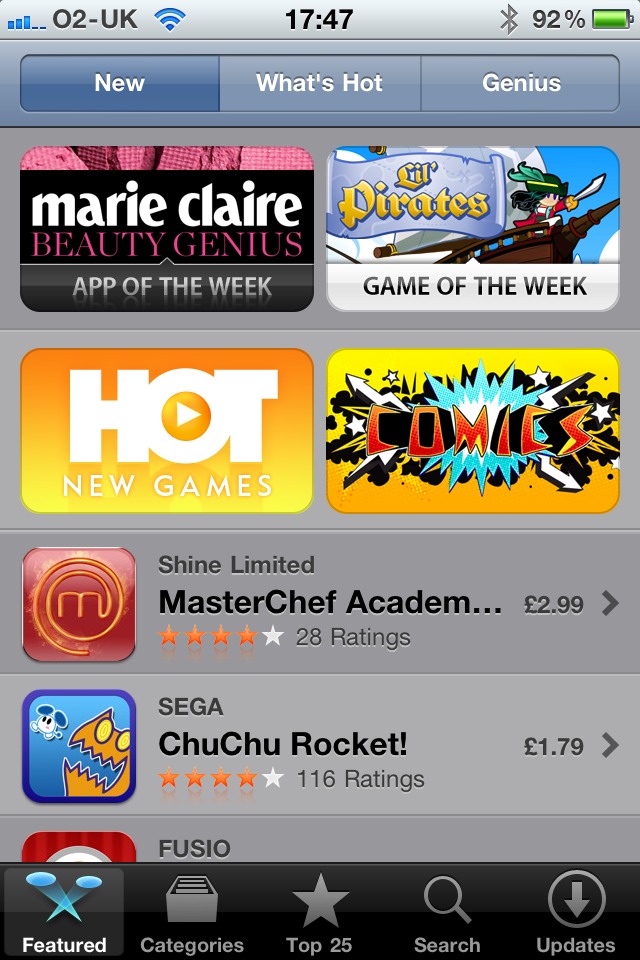 There are listings for all the different comic readers, as well as all the standalone comic apps.
It does throw up some information about popularity of the various apps though: 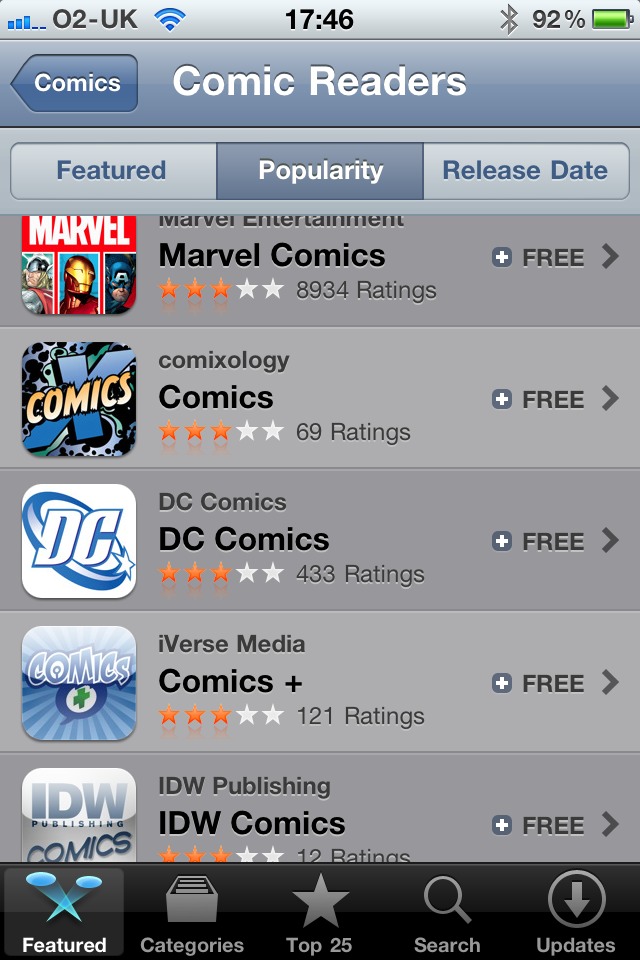 As you can see, the top 3 are the Marvel, Comixology and DC apps. The Marvel and DC apps are both powered by a Comixology engine. Following those are Comics+ and IDW – IDW’s app is powered by iVerse, who created the Comics+ app.
The fact that DC, Marvel, Comics+ and Comixology are in the top 5 is no surprise – what does bode well is IDW’s high standing in the app store – they have really pushed their digital range hard – as is shown in this next bit! 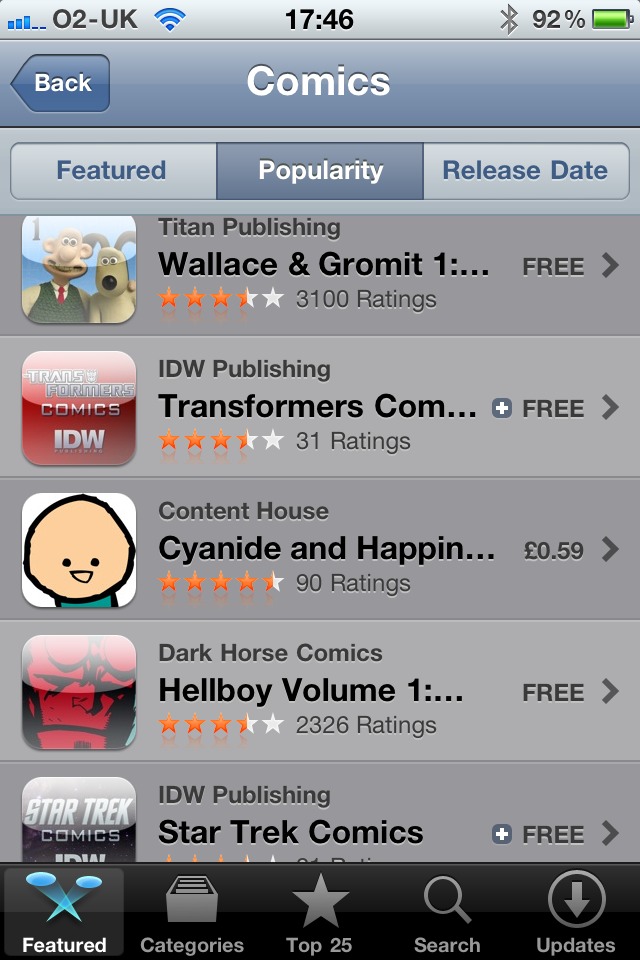 Here’s where IDW have some extra strength – the Transformers and Star Trek apps! Bear in mind there is also the True Blood app to add to these. This gives IDW a lot of coverage in the app store.
The presence of Hellboy in the top 5 is also not a surprise – Dark Horse are pushing stand alone comics and Hellboy is their biggest title!
Wallace & Gromit at the top – but this may be a UK thing, I would be interested to see the US stats!
Cyanide & Happyness may be the *ahem* dark horse of the 5 – and it shows how strong a popular webcomic can be!