iVerse Media – The people behind the Comics+, IDW and Archie Apps have released a new addition the their stable. The Kung Fu Panda Comics app. 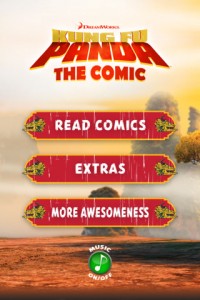 The app is available for the iPhone & iPad and features all the characters from the film(s).

Po, the big round panda is back in these all new adventures of awesomeness! The journey from clumsy and awkward noodle shop employee to legendary Dragon Warrior was full of adventure, danger, hunger, exhaustion, second winds, and hunger! Just because that journey has come to end, doesnâ€™t mean that there arenâ€™t fights to fight, battles to battle, DINNERS to dine upon! Join Po as he takes on the toughest villains with the Furious Five at his side, and the largest bowls of noodles on his own! 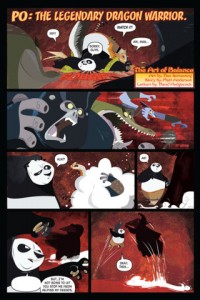