I first caught Witch Doctor as a free issue #0 – available on the Image/Comixology App or online here.
I liked the premise and I liked the art – it’s for this reason why free #0’s like this can tempt people into something more. In this case it brought me to #1 of this 4 issue series. 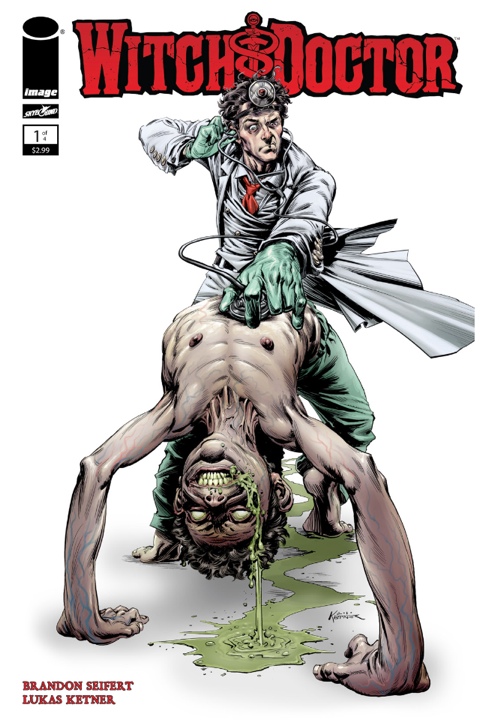 HOUSE M.D. MEETS FRINGE IN THE FIRST SKYBOUND ORIGINAL FROM ROBERT KIRKMAN’s NEW COMICS IMPRINT! Meet Vincent Morrow, a doctor looking for a vaccine… for the apocalypse! In this stand-alone first issue, a family needs Dr. Morrow’s help with their son’s illness: Demonic possession. But when Morrow attempts an experimental cure, he discovers the boy’s disease isn’t all spinning heads and pea soup – it’s like nothing you’ve seen before! Horror gets a brain transplant in WITCH DOCTOR, the book WARREN ELLIS calls ‘mental.’

Vincent Morrow is a genius of a character with an excellent supporting cast – here, as with #0 you get an excellent done in one story which makes you think and smile at the same time. There is some excellent art here with some details which sometimes can beÂ forgotten, so keep an eye out.

Witch Doctor is released day and date and I believe the next one is out on 20th July so go read it now!