I spotlighted Massacre For Boys Here, and you can buy the digital edition here – £1.00 for a digital copy! 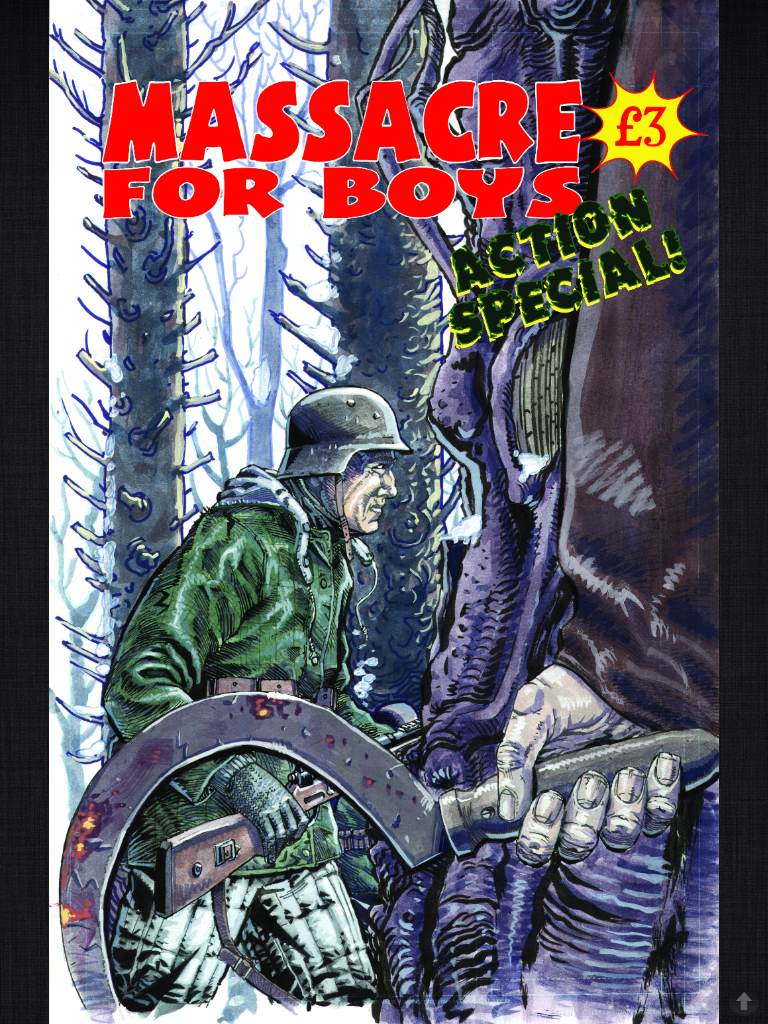 I think the closest thing I can compare this Action Special with is either Hotspur or Eagle. We get a more down to earth collection of tales including some war based tales, street level heroes and a bit of the occult. 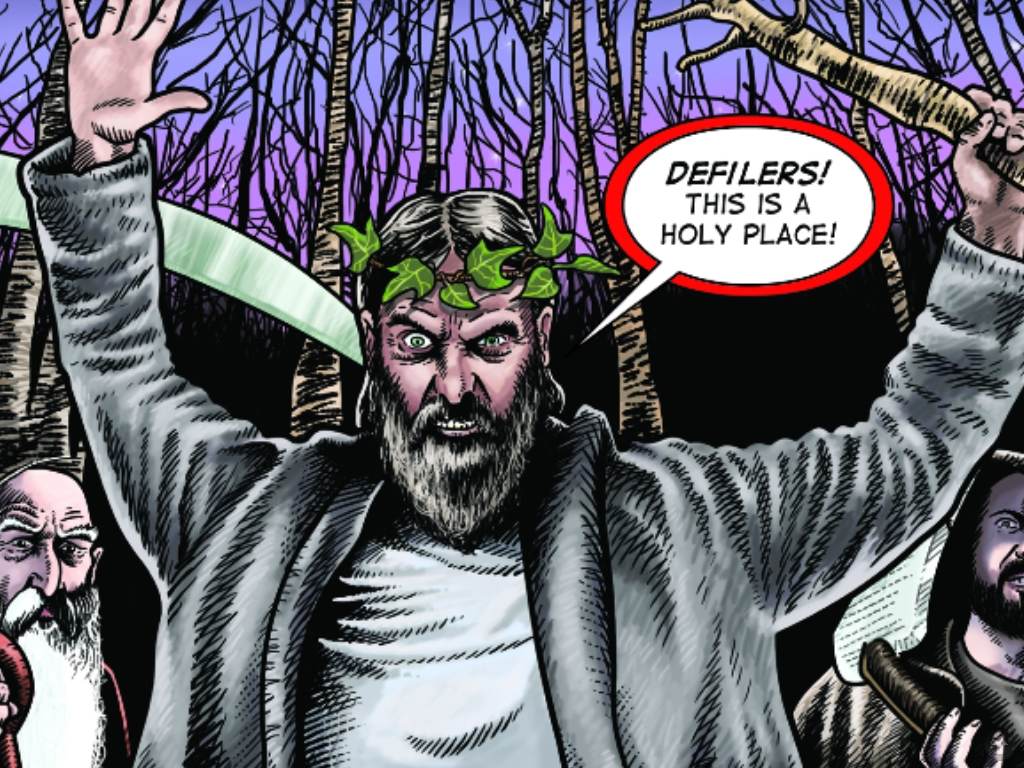 The mix of stories is quite pleasant, although the stories themselves may not be 🙂 – I would say if is well worth the British Pound to download a DRM-Free copy of a fun read.

Kicking us off in the woods during World War II – Pagans Blood – we get some soldiers looking to secure an area when they come across a different enemy (above) as a short story it sets the tone well and there are some brilliantly detailed scenes in this story.

Following up is a short story of a street level hero (the first of two) where things didn’t go quite to plan on a night securing the city. Although initially I didn’t quite warm to this story, after reading the second one at the end of the book, I saw him in a different light, and could see The Crusader going in a way unexpected to the norm – if this is the case, it could become an enjoyable read!

Holt Bros starts off as a ‘consulting detective style and adds in a certain amount of the occult at the end. I felt that this story was possibly too short, as I enjoyed the dimensions of the characters and the tone of the story – hopefully we could see more of these two in future issues!

Badlands Rules: Spearstorm is closer to the Sci Fi you would get from 2000AD or Eagle, with a distinctly western feel to it. It’s a combination of the outlaws, mercenaries, the desert and trains to the genre. The added Sci Fi explanation of the world that the story is set adds to the fun! The action and travel scenes are well laid out and add to the enjoyment of this story!

Next up Bones, a short 2-page gag story which releases the tension from the previous story to the next – it works well and makes me smile!

The Blackshirts of Exmoor is another war based story, but based at home in the UK – in fact it’s all pretty much set in a pub. Reading between the lines it’s a good look at some of the thoughts of people at the the beginning of the Second World War and the 30’s in general. Luckily there was a response like the one in this story, with the added dash of a potential future for the character featured here. I would say that this story was my favorite!

The excellent thing about digital is that you are not constrained by traditional page counts, and what we get here is 35 pages of story for a very reasonable £1.00 for a digital copy and a good £3.00 in print!