From Fair Spark Books. This is a detective story with a twist of the supernatural.

“Hopper! Detective of the Strange” is set in the 1940’s. Hopper’s not your ordinary detective. Specializing in the strange and unexplained. He believes that there is a rational explanation for everything, but lately, the cases have revealed that the supernatural, mythical and magical is real. Now he tries to bring those, who use the supernatural for criminal means, to justice. 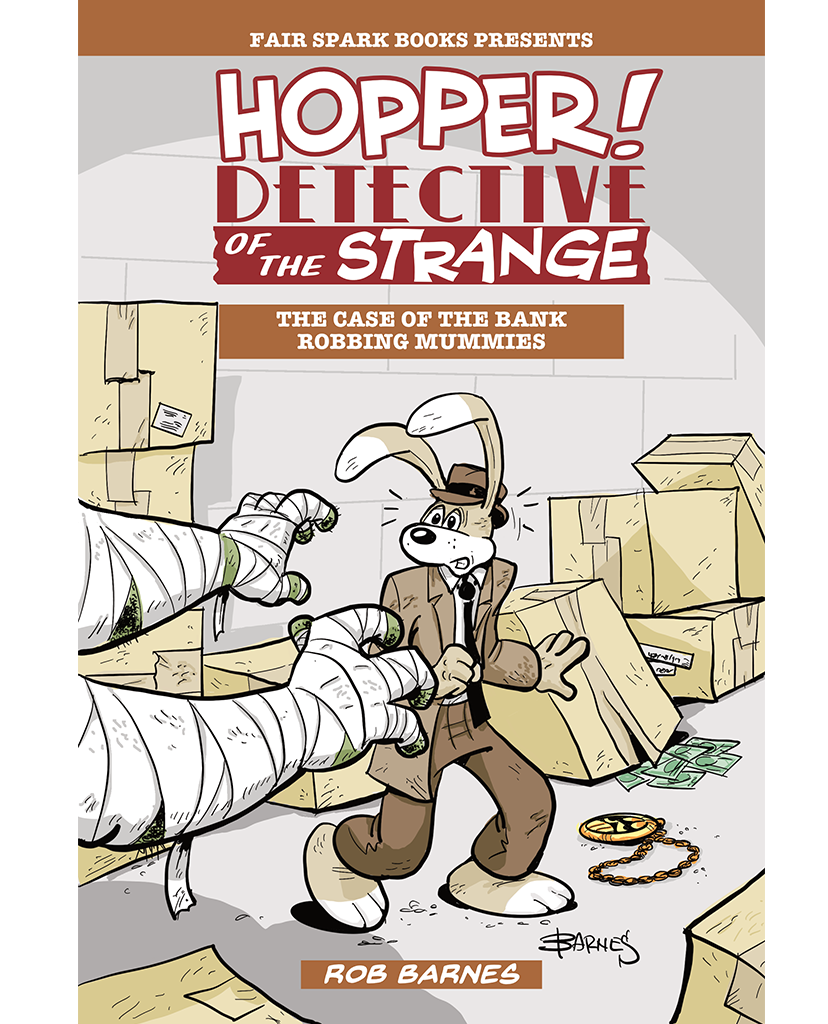 Combining the anthomorphic world with a detective story and a hint of the supernatural. Hopper takes us through the story well. It Ferris like a Dick Tracy story with a lot of movement and a good supporting cast. We have animals off different types to go with it – a cheetah, a rhino and more. The story kicks off well, with a fair annoying of humour too.I like the way it has been set up with the mummies robbing a bank. It’s quickly ascertained that while the robbery is standard, the method it’s strange. That causes some problems for Hopper as he is used to the normal!

What follows is a well told, fast paced investigation where Hopper moves to various locations. The movement of the scenes different confuse though and the story is easy to keep up with.

The art is good fun and easy to read, the characters are well shown with some nice poses. I like the fight scenes and the other action scenes. The colouring is nicely done, I think that it gives a slight feel of a noir detective story, but still with the splashes of colour you would expect from a title such as this.

In conclusion this was an enjoyable, easy read and something that I would enjoy raging with my son.

You can read Hopper! Detective Of The Strange – The Case Of The Bank Robbing Mummies on digital comics subscription service ComicHaus or at Fair Spark Books in print or digitally.