Theater Hopper is a web comic about movies written from the fanâ€™s perspective. It is semi-autobiographical, combining characters based on real people with a supporting cast of fictitious creations.
Every Monday, Wednesday and Friday, these characters satirically address what is current in the world of movies and celebrity culture as they have since August 5, 2002. 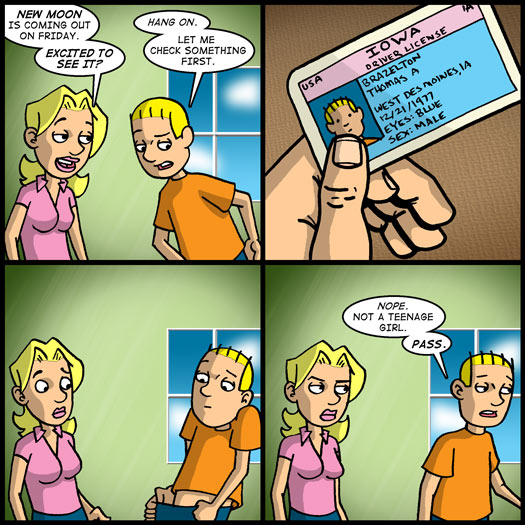 Theater Hopper is one of the few comics that I have to manual read, as it has no RSS that I can find!
Even so I still manage to read and smile at the most recent comics. The one above is a very good example of the type of humour included.
Reading from the beginning of this comic, you can see the evolution of the style and the humour as it progresses!
I would recommend this comic- good fun and easy to pick up. You don’t need to know the characters to know their feelings on movies.