The app store on the iPhone is currently highlighting comics and comic reader apps. This is in the UK – is this the case in the US and rest of the world? 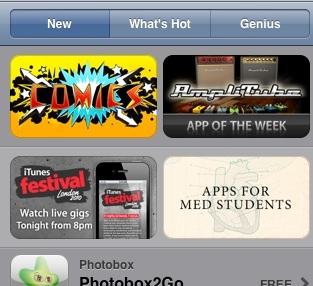