There are currently 73 issues of Robert Kirkman’s Invincible – I am currently up to issue 44!
So far in the series Kirkman has produced a coming of age superhero yarn that the other companies should be jealous of! The closest comparison I can think of is Ultimate Spider-Man! 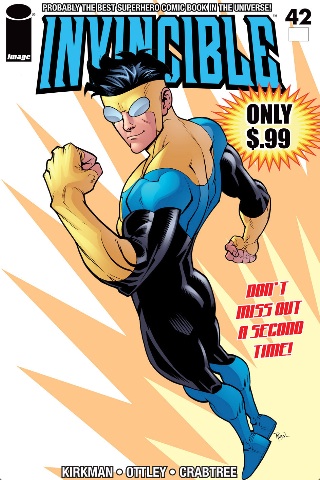 This is Image’s flagship title on Comixology and is growing into one of the best! Kirkman never leaves a thread left dangling and the art is awesome! The series is regally updated and #44 is one of the best jumping on points if you don’t want to start from scratch!